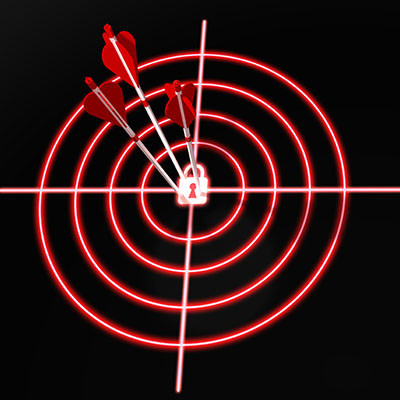 The greater Baltimore area is no stranger to cyberattacks, but recent trends are pointing to an increased rise in attacks targeting businesses throughout the area. Let’s take a look at what businesses and other organizations have been experiencing.

A Brief History of Major Cybersecurity Attacks In and Around Baltimore

When most people think about localized cyberattacks, they usually recall the big 2019 ransomware attack that shut down city services for several months and ended up costing the city millions of dollars.

This attack was such a major fiasco that it caused the entire state to reconsider how serious cybercrime can be and how it should be prevented. This wasn’t the only major incident to affect the area over the years. Let’s take a look at some other major cyberattacks:

February 2014 - University of Maryland
The personal information of over 309,000 students and the staff was compromised in a data breach. The breach exposed names, dates of birth, and Social Security numbers.

May 2019 - The City of Baltimore
This is the major cyberattack mentioned above, where ransomware shut down city services for several months. This sort of attack has become extremely commonplace for all types of organizations over the years due to how effective it is for cybercriminals to profit off of it.

November 2020 - Baltimore County Public Schools
BCPS was hit by a ransomware attack that temporarily shut down the school system. This happened while schools were struggling to deal with a new school year and undergoing the stress and complications involved with switching over to remote learning.

December 2021 - Anne Arundel County
The county’s offices had to deal with a ransomware attack that came in through their HR software, which led to the county temporarily shutting down many services.

This Doesn’t Include the Countless Non-Public Attacks

Businesses throughout Maryland get struck with ransomware and other cyberthreats all the time. For most organizations, it doesn’t hit the news, which is probably a pretty good thing when it comes to your reputation. However, it can often be felt by your clients and customers, business partners, employees, and your bottom line.

Notice that most of the listed attacks above were related to ransomware. Ransomware is a huge threat because it happens fast, and it is hard to simply fix. It leads to extended lengths of downtime, and often data loss or data breaches. Worse, once it gets to that point, you are dealing with more than just internal damage control. You’ll need to contact your clients and prospects and explain what was stolen, and often jump through major hoops to make things right again.

It’s messy. It’s so bad that many businesses don’t survive it.

Smaller Businesses are NOT Immune to Cyberattacks

Smaller businesses are easier targets for cybercriminals, and their methods to spread ransomware and other types of threats are designed to cause as much collateral damage as possible. Just because you aren’t situated in the middle of Baltimore, or you only have 10-20 staff members doesn’t mean you can’t face the same types of threats. It’s more likely that you will experience ransomware, as smaller businesses don’t tend to have the same level of security as a larger enterprise or municipality might.

That doesn’t mean you are out of luck either. It’s very possible for a smaller organization to protect themselves from ransomware, and to be able to recover quickly from a threat. It’s all about having a solid backup and disaster recovery solution in place, and ensuring that cybersecurity best practices are baked into every part of your IT. With the right IT provider, it makes a huge difference.

Want to make sure your business doesn’t end up getting known for being a victim of a cyberattack? Let Dresner Group audit your network and help you secure your IT. Give us a call today at (410) 531-6727.

Tip of the Week: Alter Your Download Location in C...
Technology Can Fuel a Much More Productive Busines...

More posts from author
Monday, 06 February 2023 We Need to Talk About How Modern AI Tools Can Influence Work
Friday, 03 February 2023 Tech Giants are Looking to Ditch the Password
Wednesday, 01 February 2023 Can Technology Help You Overcome Your Direct Pain Points?
Comment for this post has been locked by admin. 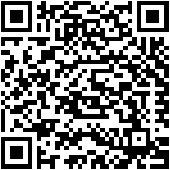