Looking Back at ARPANET 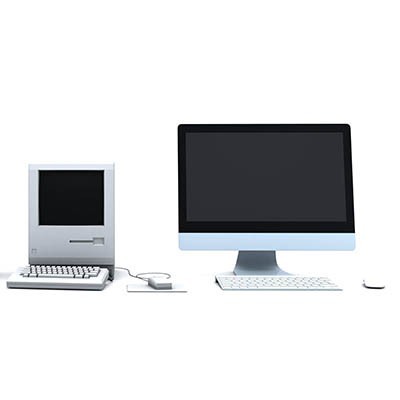 I don’t think we’re going too far out on a limb when we say that the Internet is one of the most amazing inventions ever concocted by humans. 50 years ago, the precursor to the Internet, ARPANET was launched by the U.S. Department of Defense at four west coast universities, changing the way people shared data forever. Let’s take a look at ARPANET and how it grew into the Internet we all use constantly today.

During the Cold War there was a constant need for coded systems to transmit data quickly. In the mid-1960s, the U.S. Department of Defense created what they called the Advanced Research Projects Agency (ARPA), which worked on integrating new technologies that would help the United States achieve its foreign policy goals. One of the scientists that was commissioned was Joseph Lickliter, who had the idea of connecting computers at important research centers. It was a way for engineers and intellectuals to collaborate on DoD-funded projects. The network, called ARPANET, was launched in 1969.

At first, growth was slow. Small packets were sent over telephone lines, but along the way there were many innovations that set the tone for the shared computing constructs that we regularly use today. One such innovation was packet-switching. Packet-switching allows a computer to connect to several other computers at once by sending individual packets of information. In this way, computers were able to constantly send and receive information. With this method each computer on ARPANET would have (what amounts to) an address book that is constantly updated.

As the network grew, however, this packet switching model, which was beneficial, was just too slow to facilitate an accurate account of addresses on the system. So in 1973, the engineers at ARPA decided that Stanford University (a founding member) would keep a master address book that was kept up to date by network administrators. This decongested the network significantly.

By 1977, ARPANET had over 100 computers connected to it; and, with the age of personal computing starting to rear its head, changes started to come fast. It was about this time that other computing networks began to pop up. As they first started to connect with each other there was no interoperability between them, but this problem was remedied early in the 1980s with the standardization of what is called Transmission Control Protocol/Internet Protocol (TCP/IP). This was the first time the world Internet was used.

ARPA engineers realized pretty quickly that the connecting networks that were now using the same protocol set (TCP/IP) were too numerous and were going to be unmanageable. This is when the modern Domain Name System (DNS) was introduced. They separated all addresses by domains. The first level, or top-level, domains would dictate the type of organization that a packet was being sent to. Examples include .com and .edu. Today, there are over 1,000 top-level domains out there.

A second-level domain provided the host where data packets would be delivered. Examples that you see today are amazon.com or cornell.edu. This system provided specific data packet routing, setting the stage for the modern-day Internet.

By the late 1980s the DoD decided that ARPANET was a success and shut it down. It was handed off to a private company called NSFNET in 1990. In 1992, the modern Internet Service Provider (ISP) was created as the U.S. Congress passed a law allowing commercial traffic on the newly formed Internet.

Nowadays, the United Nations has proclaimed that Internet service is now a fundamental human right. This marvel of human ingenuity would not have been possible without ARPA and ARPANET. If you would like to see more articles about technology’s history, subscribe to the Dresner Group blog today.

More posts from author
Friday, July 24, 2020 Demystifying the Cloud for Business Computing
Wednesday, July 22, 2020 Tip of the Week: How to Work Best While Working Remotely
Monday, July 20, 2020 Understanding the Benefits of Data Automation

Nope, You Haven’t Been Hacked By Google and Apple’s COVID-19 App
Google and Apple have recently started an initiative with local governments to try and help prevent the increased spread of COVID-19. Basically, this app would notify people if there were positive COVID-19 test results in their area. While ...
Read More