Data Sure is Neat, Part 2

How much information does your typical book hold? If you haven’t read it yet, go back and read our last blog about how much data is stored in the Library of Congress, then come back here to learn more about the everyday applications of data and how much we store on a day-to-day basis.

Data is made up of bits, or strings of ones and zeros. There are 7 bits in English characters and 8 bits in a byte.

Data is stored in ones and zeros because that’s the way we have been doing it for the past 70 years. We like to use the example of a machine that has seven lights on it to represent data. If the light is on, then it’s a zero, and if it’s off, it’s a one. The combinations of lights translate into various characters, like letters, numbers, and symbols, and when strung together in large arrays, can represent vast quantities of data to be read by a system.

Magnets use this method to store data, and they are the backbone of the present-day hard drive. With spinning platters that look an awful lot like a stack of  CDs, the hard drive uses magnets to read and write data to the drive. These devices are sensitive and can detect something as tiny as something billions of times smaller than an eyelash cut into a hundred different pieces. Pretty shocking stuff.

Basically, the hard drive was crucial to the development of data storage, and it remains to this day a common staple in the office environment and even for consumer electronics. Solid state drives, or SSDs, are also quite popular, and they run using electrical charges to tiny transistors. Since they don’t rely on mechanical movements or magnets, they are the preferred choice for mobile devices, tablets, and laptops, and they can run a lot faster than your average desktop computer HDD as a result.

How Much Data is Contained On Your Smartphone?

If the US Library of Congress holds 51 Terabytes, how much does the average smartphone hold?

A typical high-end smartphone has about a quarter or half a terabyte, but if your smartphone has a Micro SD card slot, you could potentially expand its storage by an entire terabyte. That is about a 50th of the Library of Congress, or over a million books. It’s pretty shocking, considering how small those little guys are.

Here are just a couple of ways you can use a 1 Terabyte Micro SD card:

How Much Data Does Humanity Produce?

Humanity has produced 44 zettabytes as of 2020, and this would require 44 billion 1 TB Micro SD cards. This number could double by the end of this year, and by 2025, it could exceed 200 zettabytes. Absolutely mind-blowing.

Considering the fact that more than 62 percent of all people on the planet use social media, send emails, move information from one point to the next, and so on, this isn’t that surprising. With 300 billion emails sent daily and over 500 hours of YouTube content uploaded daily, data generation is not slowing down anytime soon.

We hope that this look at data generation has made you look at your own data in a different light. Yes, new data is created all the time, but you can save a lot of time and energy by protecting the data you already store with data backup and disaster recovery solutions. Failing to do so is like doing the same work twice; there’s no reason for it, so don’t do it.

How Can the IoT Really Benefit Your Business?
Image File Types and Their Purposes

More posts from author
Friday, 25 November 2022 Nothing Good Comes from Card Skimmers
Monday, 21 November 2022 Data Sure is Neat! Part 1
Friday, 28 October 2022 IT Consulting Brings Loads of Benefits to Your Business 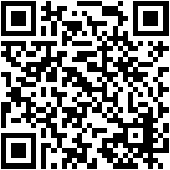